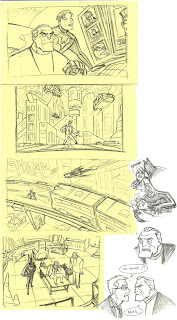 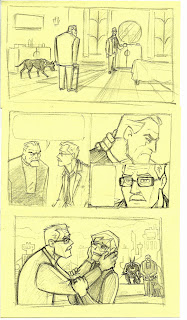 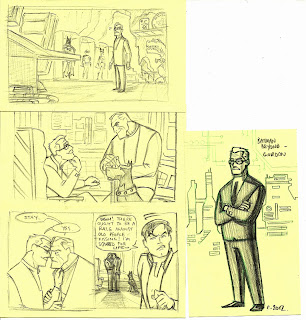 I think the storyline is pretty self-explanitory here: Jim and Bats, after 10 years fighting crime together, have to stop the ridiculous, yet powerful Clock King. He's created a gun that zaps people hither and thither into time. He's about to zap Batman, when Jim jumps in front and disappears. Never knowing where he ended up, he's declared dead. Bruce wakes up from the re-occuring dream about what happened and goes downstairs. Terry, about to go on patrol, catching Bruce looking at photos of Jim. Later, Jim pops back into existence and has a "I'm not in Kansas anymore" moment. Unfortunately, he's right in the middle of way of a transit train. Terry quickly comes to the rescue before he's mowed over. Jim passes out and wakes up in the Batcave. Bruce explains what happens and we have the big reveal that Bruce was the old Batman. Terry, observing the broken time device that hit Gordon, says, "I guess this means you're staying". They arrange for Jim to stay at the mansion while they get him set up in his new life. Alone now, Bruce and Jim have a brief conversation where Jim says he doesn't regret what he did. Much later, Jim is on a balcony looking out over new Gotham. Ace, Bruce's dog, joins him and he monologs to it about how he feels about being dumped into the future, about how he wasn't really ready to retire and about seeing Barbara in a few minutes. Then Bruce is there with Babs and they have a sweet reunion moment. Again later, Jim is wandering aimlessly in the mansion and ends up in the cave. He spies a case file open on Bruce's computer and has a peek. Bruce catches him and explains they need someone unknown to the company they're investigating to go gather intelligence. He asks how Jim is enjoying retirement. Jim replies that he's bored out of his mind. They grin. Jim follows up, awkwardly, about how seeing his own gravestone really puts things into perspective and how he doesn't want to wait until one of them is dead, again, before admitting that he's in love with Bruce. Bruce simply asks him to stay with him, Jim, of course, says yes. Last panel is Terry, grossed out having caught them sharing a kiss. FIN.
Posted by Christine Cunningham at 2:12 PM 4 comments:

These are the rough drawings for the first page of my next comic. It'll be a Batman Beyond story that starts with a dream Bruce is having about his 10 year partnership with Jim. I have some other panels as well that flesh out the whole story, but I'll probably post them on sunday. Then I go back to work on monday, so I have zero idea of when I'll get around to completing it. 2013? 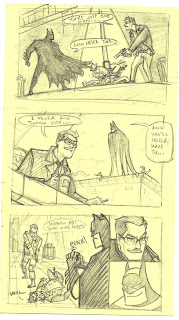 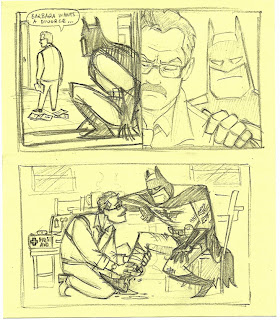 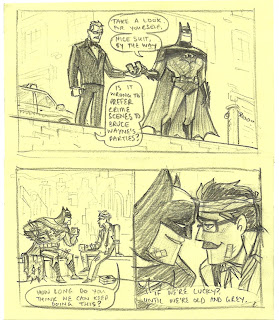 Posted by Christine Cunningham at 2:16 PM No comments: 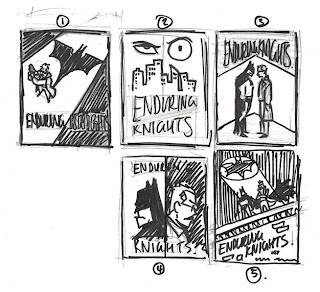 Here are some of the other ideas I came up with.
Posted by Christine Cunningham at 1:50 PM No comments: 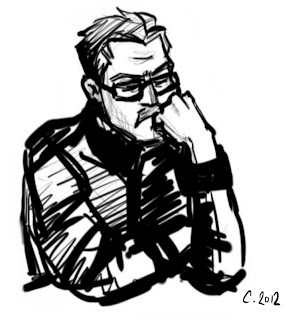 Posted by Christine Cunningham at 11:16 PM No comments:

Chris Chow painted the title page for my comic! (Now I just need to convince him to do all of the comic pages.... :D
Posted by Christine Cunningham at 11:23 PM No comments: 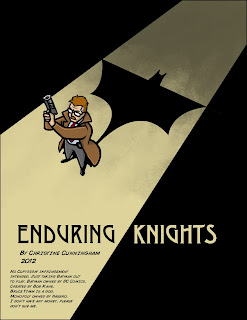 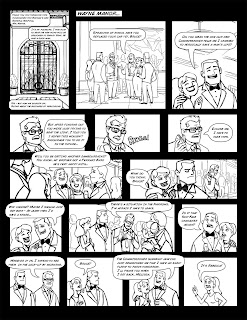 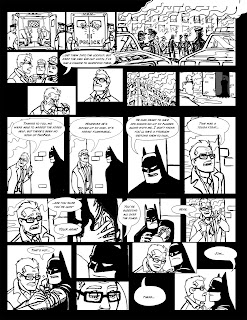 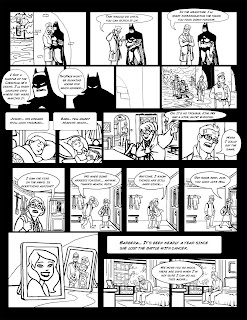 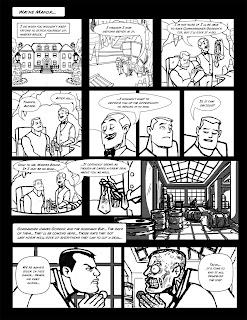 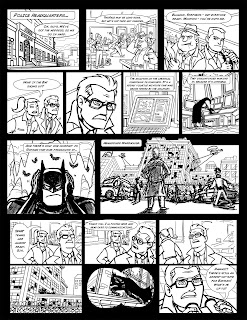 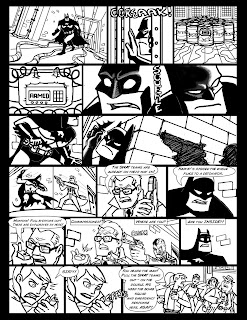 Posted by Christine Cunningham at 2:19 PM No comments: 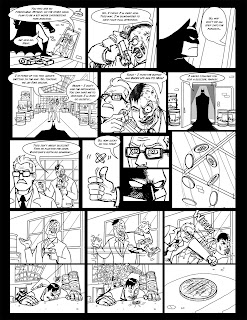 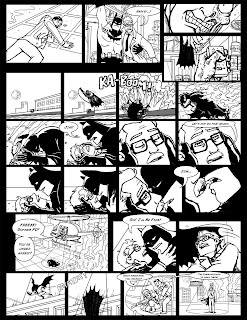 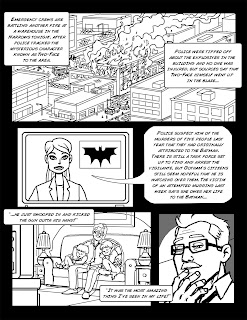 Posted by Christine Cunningham at 2:17 PM No comments: 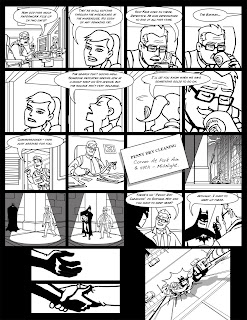 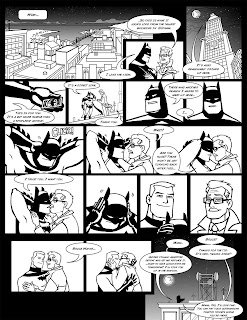 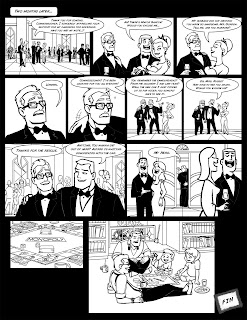 Just started the last comic page this morning. Should have it all squared away by tomorrow. Then I just need to do a title page. I'm thinking about two titles... "No turning back" and "Enduring Nights". Also proposed was a little play on words by spelling it "Knights". If anyone would like to weigh in on the title please do.
Otherwise, I figure it'll be posted by the end of the week. I mean, I could endlessly revise it, but I'm keen to start something new before going back to work at the end of the month.
Anyway, here's a sample from the page I just finished: 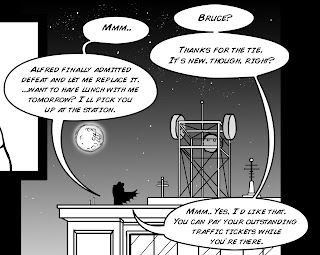 Posted by Christine Cunningham at 10:23 AM 2 comments: