doodle while procrastinating at work 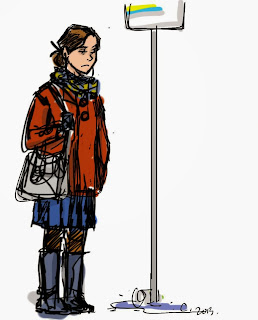 Posted by Christine Cunningham at 4:14 PM No comments:

Stayed up until 3am messing with this. Blerg.

Then messed with again in the morning. No more trying to portrait. Anymore fanart in the future will be cartooned. I get mental trying to get the mouth shapes right if I don't hit it right on the first try. 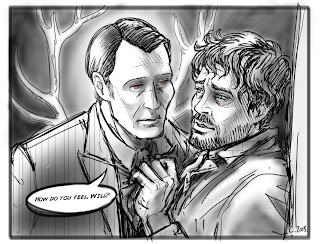 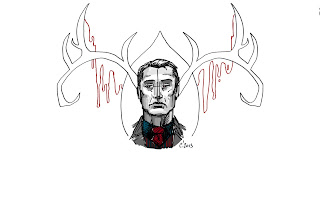 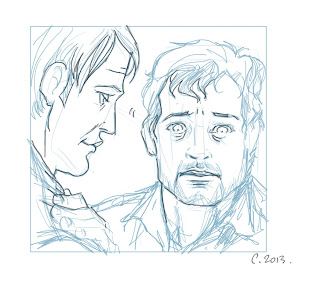 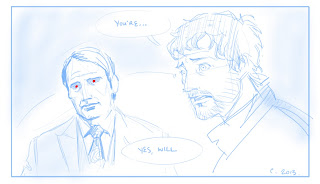 Last show I worked on is airing...

http://www.youtube.com/watch?v=FCfJLxo3RRA
Posted by Christine Cunningham at 10:43 PM No comments:

Wow, has it really been this long since I've updated? And nothing new to post, really. Just a couple of doodles.

Life has been mostly work-related. Work, work, work. Except for February, where I pretty much lost my mind and took off to the UK and France for a month and spent every last dime in my savings account. Good for my sanity, not so great for the pocketbook.

Also, my long time boyfriend and I broke up and he moved out. So, there was all that happening.

Right now, I'm back to work on a nice new show. (Not Disney, thank the gods). Another season one show, so no one has ever heard of it. It's going well, but I fear for my summer. I may not see much of it, except out the windows. (Which is a real shame because I have a kickass new bicycle). The job goes until December. Once it's over, I am taking another month off and going home to NB to visit with the folks. (And contemplate my love/hate relationship with storyboarding).

Anyway. Quick comments and observations: We need a Greggs franchise in Vancouver. The Louvre was everything I hoped it would be and I wanted to curl up and cry like a baby, sobbing "I'm not worthy" after about 4 hrs there. Best night of the trip was the crazy expensive tickets I bought my girlfriend and I to the Royal Opera House production of La Boheme. I did not expect to cry at the end. Also, I am going to meet my death on my shiny new bike, because everyone on the road is crazy. And I loved season 3 of Walking Dead. (Btw, that's me and my sister being silly with my camera). 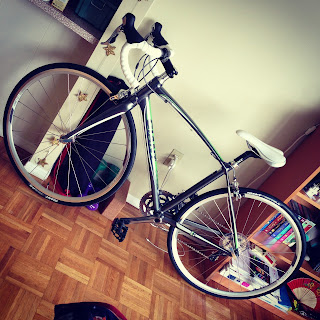 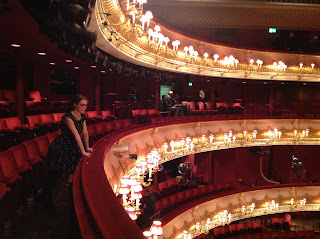 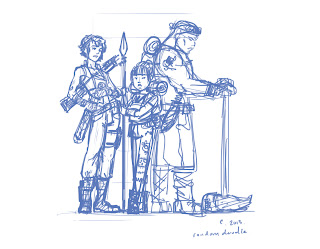 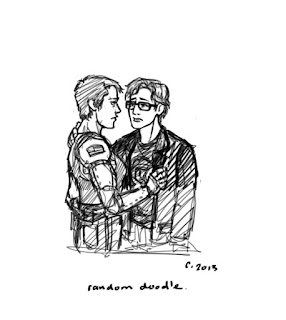 Posted by Christine Cunningham at 11:13 PM No comments: